This is a project that I have wanted to do for a long time and frankly speaking, just kept putting on the back burner. Here it is – I hope you like the content.

The site discusses my career in magazine and online publishing, discussion of current events and personal interests, my passionate interest in the NBA, as well as the freelance resume writing and copy editing services I provide to individuals and small businesses. 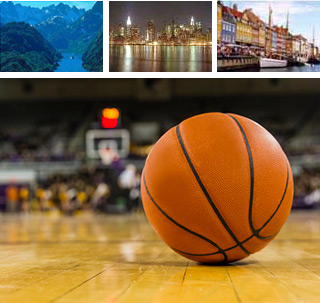 A little bit about me

Born in NYC, I moved to the New York City suburbs (Spring Valley, NY) when I was three years old. My dad, Arthur, was a college basketball player and a highly successful consumer products marketer; my mom, Vicki, was a piano teacher (an accomplished piano player – played in Carnegie Hall) and a homemaker. Michael, my younger brother is a bond trader. At 13, my parents divorced and my mom, brother and I moved to Mahwah, NJ, about 10 minutes from Spring Valley. I graduated Mahwah High, where I was an average student (barely studied at all!) but a member of the school’s first state championship football team.

I was accepted at the State University of New York at Oneonta. I decided that the time had come to get serious about school. I matured, did very well in school and made several lifelong friends and before graduating with a BS in Business Economics (minor in Political Science). In my senior year, I was accepted at the University of Copenhagen, DK for a semester, studying International Business. The six months I spent in Denmark has had a profound impact in my life. It was in Denmark that I expanded my vision and became a young man.

After my graduation from SUNY, I was accepted into the Masters Program (Institute of Management and Labor Relations) at Rutgers University in New Brunswick, NJ. After finishing my Master of Science Degree in Industrial Relations and Human Resources (emphasis in conflict resolution/collective bargaining and dispute settlement), I moved to San Francisco (the main reason was a broken engagement; it was all for the best, but it took me a while to realize this!) in 1990.

As a resident of San Francisco’s Marina District since 1991, living here has been a great experience. I am a pretty lucky guy. I have had a successful, unique career as a direct marketer in the publishing industry (Sometimes, you never know what turns in life has to offer; I never thought I would have been a marketer), made several lifelong friends along the way and lead a good life. As I tell others, if I complain about anything but the weather in SF, tell me to shut up! Life is good!

Please provide your name and email address so I can send you more information about the services I offer. I will respond promptly.